The annunciations project began with the poetic re-interpretation of three texts, the Columbia Crew Survival Investigation Report, published by the National Aeronautics and Space Administration, the Fourth Assessment Report of the Intergovernmental Panel on Climate Change published by the United Nations Intergovernmental Panel on Climate Change, and the Joint Task Force Guantanamo Standard Operating Procedures for Camp Delta, the US military installation in Guantanamo, Cuba.

In parallel with the publication of this book, the poems were recorded and provided to nine composers who then composed new musical works using the recordings. These three CDs were released by les blocs errants. 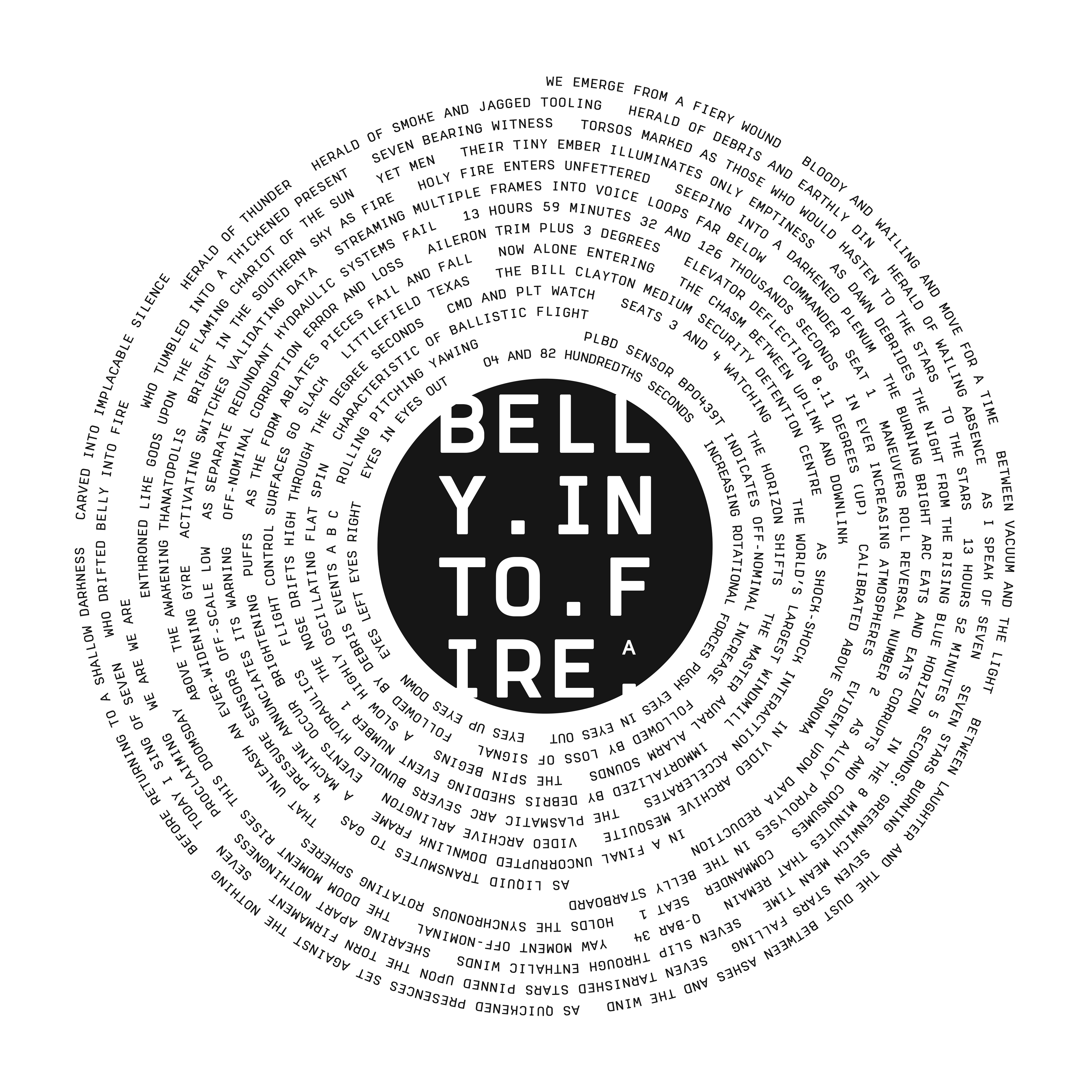