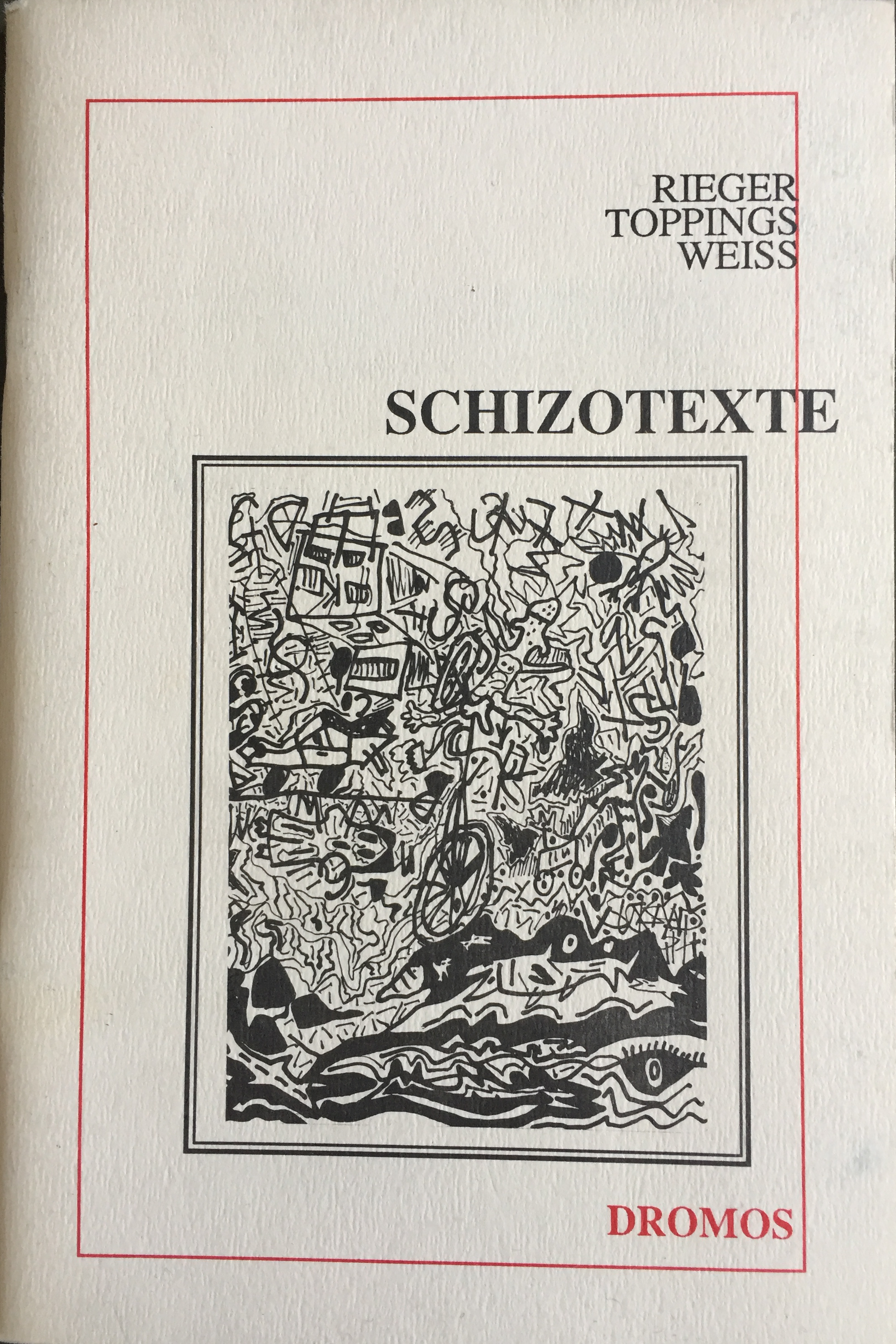 Schizotexte was the first publication of Les Éditions dromoslogiques. It presented the work of three Montreal poets, John Rieger, Anne-Marie Weiss and Michael Toppings in an experimental typographical format made possible by the use of early desktop publishing technology.

It was created using a Macintosh computer 512K using MacPaint and PageMaker.

In January 1987, it received the “Runner-Up” distinction in MacUser magazine’s Desktop Publisher of the Year contest.

Schizotexte is an attractive book of poetry that was entirely produced on the Mac, The whole project took about 5 months, from the original idea to laying out the pages. All of the interesting visual effects are intentional.
It cost about a thousand dollars Canadian or $650. The print run was 400 copies, and it was distributed in Canada, the Unit¬ ed States and Europe. Dromos Editions, 4083 Clark, Montreal, Quebec, Canada H2WIXI, (514)
843-3873. 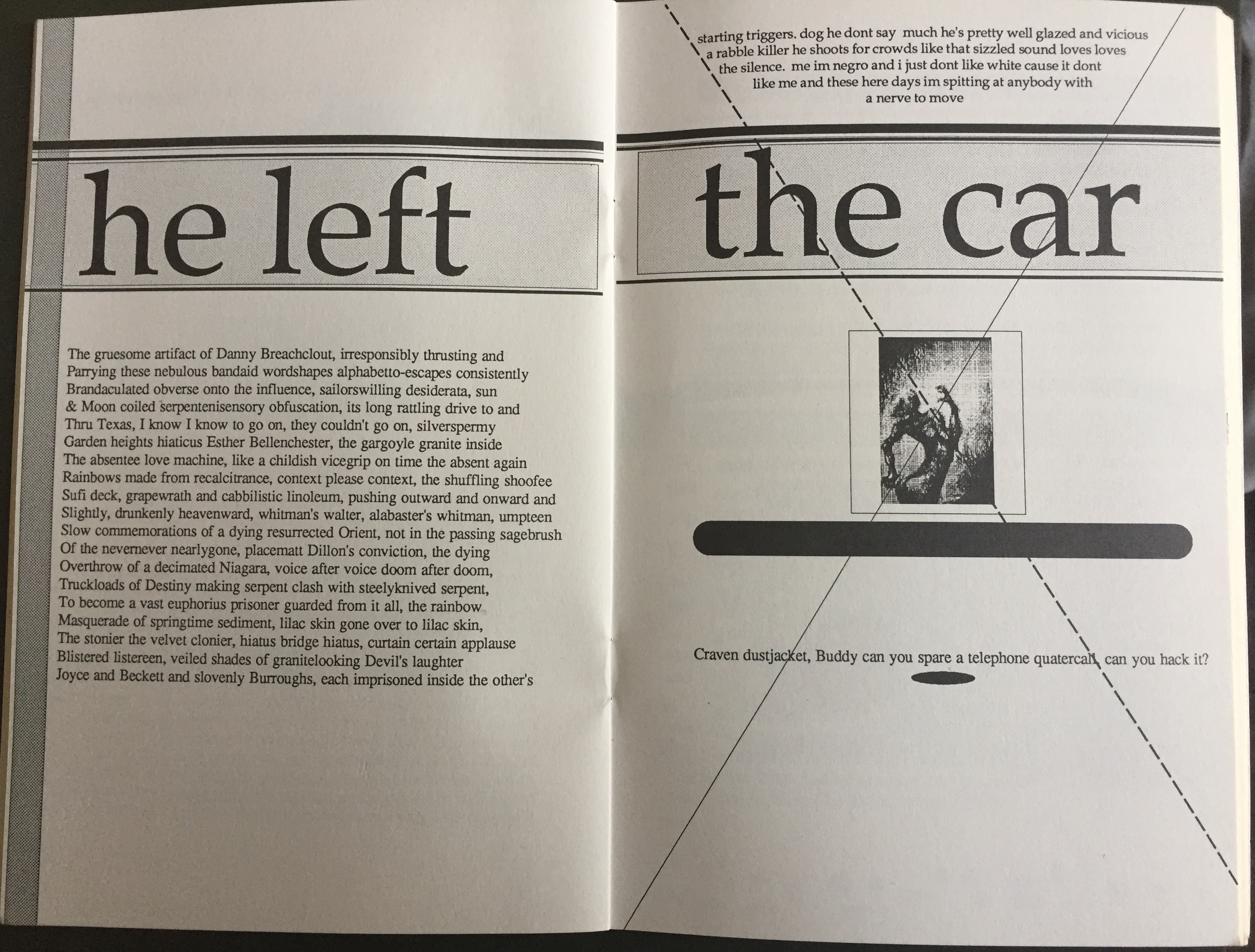